The terms tengkolok, Tanjak, and setanjak are synonyms; the word “tengkolok” also refers to “headgear or headcover worn by women”,[6] but the definition as women headgear is rarely used today.[7]

However, some people[who?] say that tengkolok, tanjak, and destar are different in term of cloth type or tying even though the purpose is the same, which the tengkolok is a headgear made from cloth of good quality and its tying has many layers and tapers to tip; destar has low tying and its tying layers are fewer than tengkolok; tanjak has tying much like tengkolok, the only difference is that its cloth is simple and thin.

Tengkolok also mentioned in Malay Annals (Sejarah Melayu) stories as Raja Muhammad, son of Sultan Mansur Syah murdered Tun Besar, son of Bendahara Tun Perak as a ball kicked by him, knocked off his tengkolok to the ground. This incident caused Raja Muhammad to be sent away from Malacca and installed as Raja in Pahang.[8]

Tengkolok is made in various forms, with different types and design of cloth, depending on the social status of its dress.[10] The general term for different forms of tengkolok is solek. Each solek also has its different special names, for instance: the tengkolok worn by Yang di-Pertuan Agong during coronation ceremony is known as Solek Dendam Tak Sudah (Persistent Vengeance Style). The tengkolok on display at LAYARIIUM is made of hemp cloth.

Every Malay king has their particular solek. For example, the Sultan of Selangor wears a richly golden yellow Solek Balung Raja (Royal Crest Style) when attending a coronation ceremony or his birthday ceremony.

According to history, tengkolok or tanjak was first used by the Srivijaya people in Sumatra. In 750 AD, Sang Jaya Bangsa or Sang Rama Dhamjaya – King of Srivijaya based in Palembang, Sumatra, attacked the Langkasuka kingdom which was centered on the present-day Malay peninsula which at that time was under the rule of Raja Maha Bangsa. Until 775 AD, Srivijaya was victorious in conquering Langkasuka and all its colonies. From here, the use of tanjak or tengkolok was introduced to the peninsula. However, the influence of Langkasuka culture such as “kecopong” or “ketopong” remains dominant. On the peninsula itself, the regulatory use of tengkolok or tanjak began when Seri Teri Buana was installed as the government for three kingdoms, namely: Sriwijaya, Bintan and old Singapore. In terms of geography, the Bintan Islands and the Singapore Islands are part of the Malay Peninsula. This proximity, entry of tengkolok, tanjak and destinations starts from the south to the north of the peninsula. In subsequent eras, after the spread of Islam, the Sultans of Melaka and Johor-Riau-Lingga-Pahang had their sons as kings or sultans in the land of Perak, Jeram (Selangor), Johor, Terengganu and Pahang. There were also among the Malacca and Johor-Riau-Lingga-Pahang rulers who were appointed as deputy kings in colonies such as Kelang (Selangor) and Muar (Johor). Sultan Mahmud Syah (Kedah) had gone to Malacca to meet Sultan Mahmud Syah (Malacca) to appeal for nobat. This is where the history of tengkolok or tanjak started in the country of Kedah. The history of tengkolok or tanjak in the country of Kelantan began when the Sultan of Malacca conquered the country of Serendah (Seri Indah) Sekebun Bunga under the reign of Sultan Gombak. From Kelantan, the use of tengkolok or tanjak entered Patani when Patani was ruled by the sons of kings from the Kelantan I dynasty and the Kelantan II dynasty. In the era of the Great Patani Guild Kingdom, the use of tengkolok, tanjak and headband had developed in the countries of Singgora (Songkhla, Phatthalung and Satun) and Ligor (Nakhon Si Thammarat). Under the influence of the Kedah empire as well, the use of tengkolok, tanjak and headbands has grown to Sendawa (Sadao), Setul (Satun), Terang (Trang), Ayer Kelubi (Krabi), Kuala Punga (Phang Nga), Bukit Island (Koh Phuket) and Rundung (Ranong) in Southern Thailand and Tenang Sari (Tenasserim) in Southern Myanmar.[9][1] 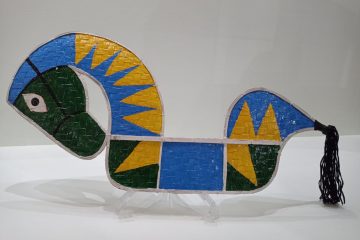 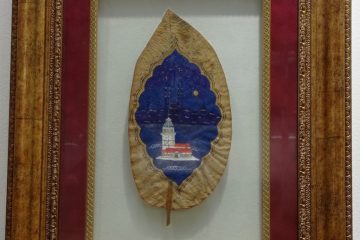 The Maiden’s Tower (Turkish: Kız Kulesi), also known as Leander’s Tower (Tower of Leandros) since the medieval Byzantine period, is a tower on a small islet at the southern entrance of the Bosphorus strait 200 m (220 yd) from the coast of Üsküdar in Istanbul, Turkey. After the naval victory at Cyzicus, the ancient Athenian general Alcibiades possibly Read more…